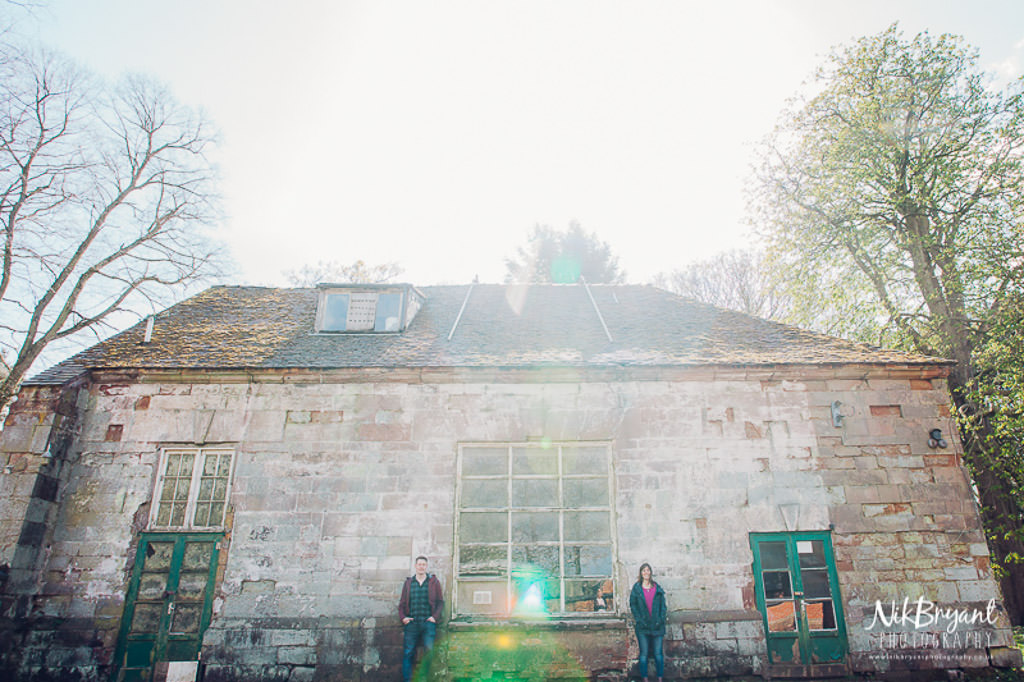 I recently met up with Andy and Rach for a catch up, good walk and good food all whilst shooting some cool engagement photos for an awesome couple.

I have known Andy for a few years, maybe 5 or more but it’s a bit hazy as most of our time hanging out involves heavy drinking and partying. I met Andy from the days where we were both in bands and aiming to be the next best world dominating rock band. Safe to say neither of us “made it” but we had fun trying!

We first met when the band I was in supported Andy’s band, Screwloose, on the Manchester leg of thier tour back in April 2009. Since then we have met up lots and become really good friends and I was so happy when I got the news that he had asked Rach to be his wife as the past 12 months for Andy and Rach haven’t been the easiest.

So just over 12 months ago, I found out from a mutual friend that Andy and Rach had been involved in a pretty horrific car accident. An almost head on collision had landed them both in hospital with horrible injuries that I will not go into but it wasn’t pleasant and didn’t look great. Andy was out in a week with multiple broken bones but Rach would be in and out of hospital for months after the accident. Like I said I’m not going into it in detail but months went by and Andy and Rach recovered amazingly (as you can see below) and then Andy mentioned they had planned a trip to Iceland to see the Northern Lights and to celebrate their recovery.

Now when I heard about this once in a lifetime holiday I turned to my wife Laura and said “Andy is going to pop the question”. Being in the wedding industry, I like to think my senses to this sort of thing have been heightened! I wasn’t wrong either, seeing pictures of them under the Northern Lights and with Rach’s new ring. I honestly couldn’t have been happier for them. After all the crap they had been dealt over the last 12 months, they really deserved the happiness.

*this is a joke Andy has always looked that way!